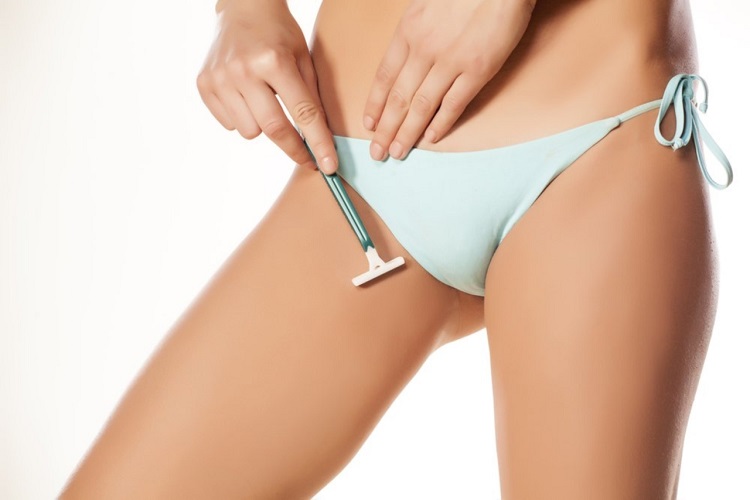 Think your generation is the first to take a razor blade to one of the most sensitive spots on your bod? Think again. Primping and pruning the secret garden might seem like a totally 21st century concept, but the fact is women have gotten into below-the-belt grooming since before the Bronze Age (We’re talking 3000 BC). Over the centuries, hair removal methods have ranged from mildly painful—think ripping strands out with twisted twine or singeing it with lamps—to highly toxic (arsenic paste, anyone?). Thankfully, the range of methods available today is considerably more civilized (for the most part).

Of course, just like miniskirts and frosted lipstick have come in and out of vogue, so has pubic hair. Ancient Egyptians, Greeks and Romans were known to flirt with hairlessness. In the Middle Ages, the aristocracy went the other way, preferring a robustly bushy look. For those to whom nature hadn’t been generous there were always pubic wigs, called merkins (We sincerely hope Christina Aguilera doesn’t hear about these.) In retrospect, historians think that merkins may have been more for discretion than décor—apparently they did a fine job of covering up uncomely syphilis sores.

In the 16th and 17th centuries, when the nude form was an object of worship, artists frequently painted women minus their muffs—although whether this was fantasy or reality remains a mystery. Clearly some Renaissance gals weren’t totally bald down below: Painter Paul Gaugin reportedly saved a locket of pubic hair from each of his lovers and models. Poet Lord Byron’s lover Caroline Lamb was even rumored to have sent Byron stray pubes as a sign of her affection. (You have to admit, a nice, sweet note just wouldn’t have the same impact.)

In the late 1880s, a patent was filed for the first safety razor—marking the beginning of the end of painful hair removal. Legs and armpits were tidied up first; pubic hair didn’t become pesky for another 80 years or so, when the invention of a little something known as the bikini made it necessary to nail down an effective method of pube-removal.

Today, bodies are more taut, tanned and toned than ever—and sleek, sexy, hairless skin is in. Now that taking it off has come out of the closet—they’re creating whole Sex and the City episodes around the topic—hair removal has blossomed into a multi-million dollar industry. The truth is that waxing, shaving, decorating and pampering one’s privates has become more than just socially acceptable, it’s culturally chic.

The proof? We’re no longer collectively satisfied with a boring old trim or standard clean-up job. Aestheticians report being asked for shapes from American flags and Tiffany boxes to lightning bolts and Mercedes emblems, in colors Crayola never even imagined. And who knows how many tattoos and piercings the corporate exec riding in the elevator with us is sporting under her control-top stockings. The secret is out: It’s hip to take care down there. Pass it on.